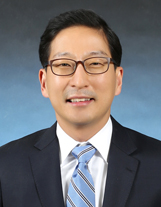 He was associated with Burlingham Underwood LLP in New York where he practiced maritime and admiralty law and commercial litigation. Professor Lee has also taught as an adjunct professor at Regent University School of Law’s International Law and Human Rights Summer Program in Strasbourg, France (2005 and 2013) and as an instructor at the National Human Resources Development Institute (Korea), Korean Intellectual Property Office, and Seoul Bar Association. He was also a visiting fellow at Emory Law School’s Center for the Study of Law and Religion in the fall of 2011 and visiting scholar at Regent University's Center for Global Justice in the fall of 2018.

He was also the host of "The Point," a weekly news program broadcast by Arirang TV, Korea's leading English language broadcasting station.

At Handong, he teaches Contracts, Public International Law, and Property.